Ball Corporation is an American company headquartered in Broomfield, Colorado. Since its founding in Buffalo, New York, in 1880, when it was known as the Wooden Jacket Can Company, the Ball company has expanded and diversified into other business ventures, including aerospace technology, and became the world's largest manufacturer of recyclable metal beverage and food containers. 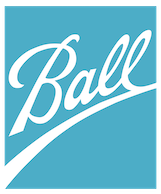